I look through all of our pictures
Over and Over again, to smile and cry —
Looking at your eyes.

I wish I was wearing your warm plaid shirt
Blue and black, your scent around me —
The best smell in the world.

I remember when we went to the park together –
You read Herodotus and I read Plato.
Just wanted to tell you I’m sorry
And I hope you kept the shell necklace I made you.

I, as a writer, kind of salivate at Faulkner’s narrative style.

Cover of As I Lay Dying: The Corrected Text

The quote is from a character in Faulkner‘s novel As I Lay Dying, which I just finished reading for my American Lit class this weekend. Basically, it’s a mock epic about the very dysfunctional Bundren familythat takes up a treacherous journey to bury wife/mother Addie Bundren in her hometown.

The novel is divided up into short narrations by various characters–giving several obscure perspectives to see the plot through: the intense eye of the eldest brother Cash, the intuitive and insanely observant Darl, the horse-loving mystery son Jewel, the pregnant-at-sixteen Dewey Dell, the innocent and confused eye of little brother Vardaman, the shell-of-a-man weak patriarch Anse, the corpulent doctor Peabody, the over-religious Cora Tull, her practical husband Vernon Tull, and others.

Each unique character portrayal will make you stare in fascination. From the first image of Cash building Addie’s coffin in her view (before she dies), to Jewel rescuing the coffin from the barn Darl set on fire, even those with a good grasp of understanding will probably be asking “Seriously, what’s going on here?”–and it’s perfectly human to take a peek at Sparknotes for some assistance.

I mean…take the classic quoted chapter of the whole novel:

My mother is a fish.

P.S. I hope you realize this has nothing to do with the metalcore band As I Lay Dying. Faulkner made the name first.

This semester I’m taking a 3D design class, which has been exciting for this little art minor here. This is the first time I’ve really concentrated on creating sculptures, so this class has pushed my skills beyond the familiarity of drawing and collage. Though sometimes uncomfortable, I feel like I’ve been growing artistically and figuring out how to express myself in sculpture. I’m pleased with my results thus far, so I wanted to share some of my favorites with you. Let me know what you think.

Clay sculptures (from a 50-sculpture project) 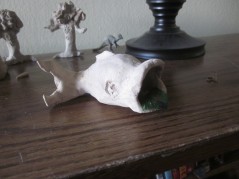 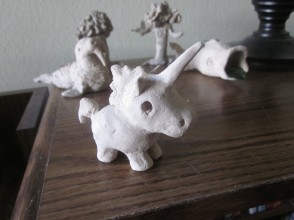 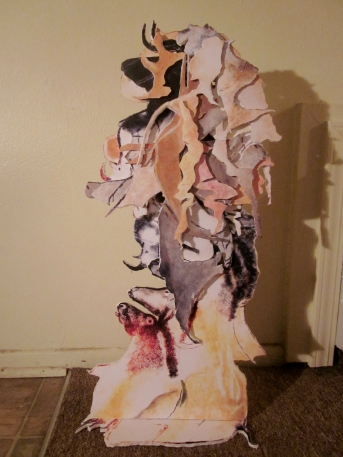 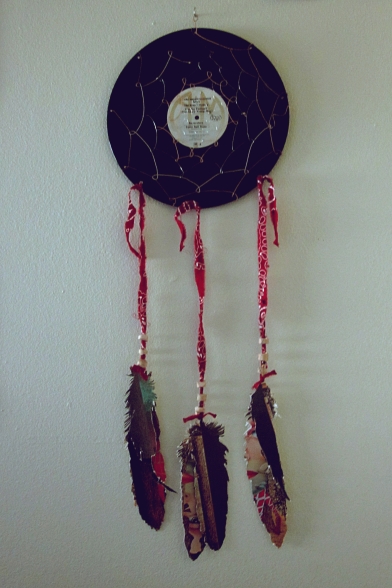 My brother brought home a rock Saturday night. And I am so proud.

…Okay, it wasn’t just any rock, of course.

The Slick Rock Film Festival takes place at the Fox Theater in Visalia, one of the most highly anticipated film festival for junior high and high school students in California’s Central Valley. Hundreds of short films are entered into specific categories, and the winners are awarded with a plaque, certificates, filming gadgets (like microphones), bragging rights, and the highly prized rock, which is polished and engraved. 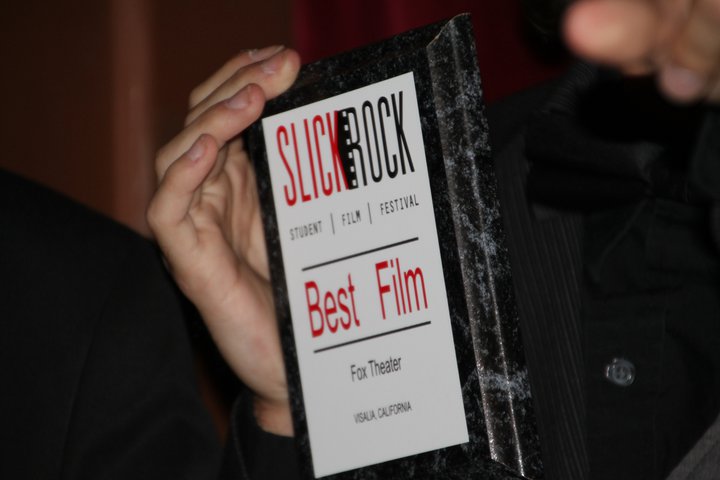 My brother collaborated with some high school youth group friends and made a music video over the summer, called “Welcome Freshman,” an original composition meant to be shown at the youth group over the summer to welcome the new freshman kids. After its completion, my brother figured he could enter it in the Slick Rock competition as well.

So on Saturday night, we (which included my brother and his crew, some parents, and me) sat patiently for the Music Video category to be announced, which was listed as the last category on the program.

The screen showed the nominees. Tension radiated from our section of the theater. I was probably squeezing my hands intensely.

The winner of the Music Video category went to a group from University High. I sighed in disappointment. Well, it was nice being here.

But there was one rock left on the award table. Oh, there’s a Best of Show category? That’s not in the program…

I figured the Best of Show would be the top film out of the ones that had won in the separate categories. But the screen didn’t list nominees, just simply: 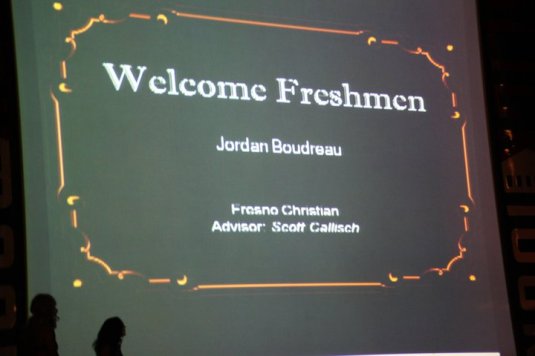 Adrenaline rushed through me, and my mom was totally screaming. We forgot we weren’t the ones that actually won.

Best part? The music video was a rap, and after it was played and the host handed the guys their awards, this is what he said:

“You guys are so WHITE.” 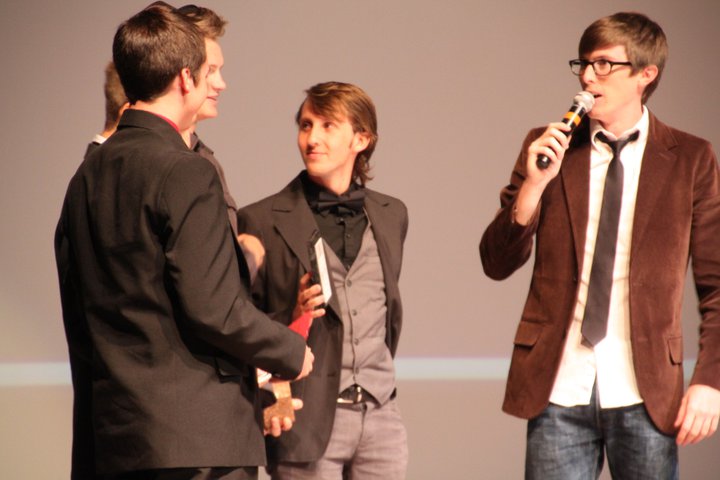 So, my brother took home a rock that night. A slick rock, that is. And I went to bed grinning my face off.

In fact, I was so proud, I decided to write a blog about it and post the video right here so you could watch it! (You may want to watch it twice. It gets funnier every time).

The Fresno Bee gives the full listing of the festival’s winners here.

All photos credited to Lisa Ramsey. Thanks! :)